When you look over your roof for signs of damage or deterioration, one of the key things you should be looking for is lifted shingles. If a shingle is raised along one or two edges, it can be tempting to shrug it off and think "at least it is still in place." But in fact, lifted and raised shingles are not something you should ignore. Here are some key reasons why you need to have a roofer come inspect and repair this problem sooner rather than later.

Lifted Shingles Can Be Ripped Off Easily

Right now, the shingle is just lifted. But if the wind picks up and blows in the right direction, it can catch right under that shingle and remove it from your roof completely. Then, you are almost certain to have roof leaks and resulting water damage to repair. If you instead have the lifted shingle repaired before it's removed, you have a lower chance of leaks.

If you look in your attic and don't see any water, it is easy to assume that the lifted shingle is not leaking. But this may not be the case. Sometimes, a tiny bit of water can trickle in, over time, past the lifted shingle. This will eventually cause your roof deck, which is the layer of wood under the shingles, to start rotting and molding. Repairing a roof deck is a big deal and often means you'll need to have the roof replaced entirely. So, if you can repair the lifted singles and prevent these slow leaks, you'll be protecting the roof deck and probably extending the life of your whole roof.

Lifted Shingles Are Bad News in the Winter

If you live in a snowy climate, you really don't want to go into winter with lifted shingles. Water from melting snow will get into the area between the shingle and the roof. It will expand and freeze, which will pry the shingle further off the roof. By spring, those shingles will be missing completely, and you'll likely have more water damage to contend with.

If you see lifted shingles on your roof, this is not a "wait and see" situation. It's a reason to call your roofer, sooner rather than later, and make an appointment for repairs. Replacing lifted shingles is a fairly simple repair for a roofer to make, so they should be able to fit you in quite easily. 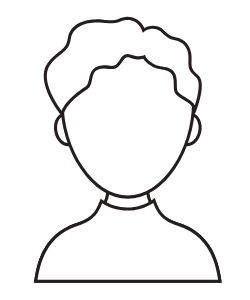 Roofs have come a long way in recent years. Recently, homeowners are steering away from traditional shingles and instead opting for materials like metal and concrete tile. Then, there are the high-performance shingles, designed to reflect UV rays, resist hail damage, and prevent mold growth. If you're thinking of replacing your roof, choosing the right material can seem like an overwhelming task. That's why we created this website — to give you a place to learn all you need to know about roofs! Of course, our articles will discuss more than just roofing materials. You'll find entries on how to hire a roofing contractor, tips for assessing damage, and so much more. Enjoy the read under the shelter of your very own roof.

What Options Are Available To Repair Damaged Shingles?
27 January 2023

Severe damage, such as from high winds or hail, ca …

Ethanol Fireplaces: How Do They Work And What Are Their Advantages And Disadvantages?
19 January 2023

Adding a fireplace to your living room or dining r …

When you remodel your building, you may contemplat …

Siding Installation: 4 Reasons You Need to Replace Your Siding
9 January 2023

Replacing your siding is a thing you may have to t …

Re-roofing your home or business is an important d …